everyone but shiki that is, NO I AM NOT!. i will take credit where credit is due, but i am not that good

shiki have you even seen your sigs!?!?!?!?!??
Ok your not the best but your are up there.
and since your the only gfx person i seen active you are currently the best

i like the alucard based sig the best. its pwnage.

Thank you. I dont have time to now, but tomorrow i'll update. SO UPDATES TOMORROW :D

I say your work is very good. The only complaints I have is the text, which could be a little more interesting, and more involved with the picture than just some text that looks like some other text on its own*, and also sometimes the renders just seem to pop out from the background, or seem "unfitting", for example the Shadow sig, where I think Shadow doesn't really "fit" with the bright green background. Hey, he's Shadow, he deserves a very Shadow-y background, though that's just a small opinion of mine.

*By this I do not mean the actual meaning of the text, I mean its basically text put off to the side, where I think the text should really be a part of signature.
Still, very good work, and you're getting better and better 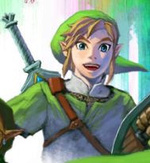 how do i describe shikiz gallery?
TOTAL OWNAGE

Again I concede that Shiki is getting much better, but d00d, YOU GOTTA WORK ON THE FLOW. Unfortunately, most of Shiki's sigs would not last 3 seconds under criticism from a major forum, ie: SWF and VGD. But I think once he gets a hold of flow (and lighting) he will be very great indeed as he has already shown an amazing capacity for learning and general talent.

He's like a freakin' anime hero. People love that stuff.

thank you ender, your criticism is always enjoyed. unfortunately, i dont quite understand what you mean by flow though :(

meh, don't worry about it too much. It is basically the way your eyes move through the image, if you just have a big mess of renders and effects, there is no flow and it tends to be ugly to most eyes, where as if you a careful with image placement and lighting, your eyes will be granted a visual treat.

lol, yeah it is. oh yeah, NOOOOW I UPDATED IT. i forgot to yesterday

and wtf is this??

Was I not an admin of SFL?? I should be on here!

nobody but Troll and Frost include me in their stuff...sniff...

lol, you yourself were the person who said you were a drifter. and you weren't there to be asked. i could have assumed neku for you, but you know, i couldn't be sure

silly me, should have know

Shiki as always your sigs are really great, i am a big admirer of your work,
Fantastic Update

nice work as usual shiki, i especially like the the second to last addition

is that MAI FROM YUGIOH ASDFDFGRJOJERHERHER(

MAI SKANKENTINE~
JUST WATCH YUGIOH THE ABRIDGED SERIES. IT'S LIKE SUNSHINE AND RAINBOWS FOR YOUR SOUL

Updated, I need to get back in to this, I'm sure there are a few i missed floating around somewhere

Similar topics
» Rin's Art Gallery
» Gif Gallery (Made by me 8D) Free For Use :D
» is there a way to delete/edit pictures you post in the gallery?
» Friend's custom stolen from a Melbourne gallery...
» Gang of Berlin [GoB] - With new Forum !

Page 3 of 3
Permissions in this forum:
You cannot reply to topics in this forum
Log in
Latest topics
» Discord
by Grimblade Yesterday at 11:00 am